Canadian Jazz Stylist Mary Lou Sicoly Spices Up a Timeless Standard with New Release of “Blame It On My Youth” — Available Now!

Canadian Jazz Stylist Mary Lou Sicoly Spices Up a Timeless Standard with New Release of “Blame It On My Youth” — Available Now! 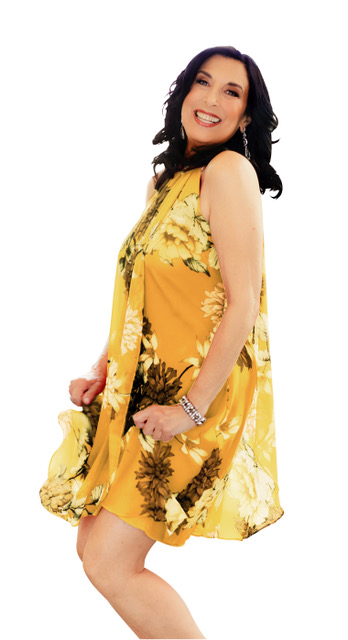 Holding on to a slice of childhood innocence should never be ill-advised as it can enhance the sweet moments in our lives, and make the inevitable sour times easier to swallow. With that in mind, JUNO Award-nominated Canadian jazz vocalist Mary Lou Sicoly is serving up a deliciously spicy take on romantic naivete with the release of her new single, “Blame It On My Youth” — available now!

Written by Oscar Levant and Edward Heyman in 1934 and recorded throughout the decades since by the likes of Bing Crosby, Rosemary Clooney, Nat King Cole, Connie Francis, Chet Baker, Holly Cole, Aaron Neville, and Jamie Cullum, "Blame It On My Youth" has stood the test of time as a relatable tale of guileless love.

“I fell in love with the lyrics and, of course, the gorgeous melody,” Sicoly notes as to why chose to record this classic. “Being raised in a household where a sense of humour was the recipe for keeping young at heart, I've always had a sense of whimsy.”

That sense of whimsy found its way into the recording as well. Originally a ballad, Sicoly's bright version of “Blame It On My Youth” is full of sunshine and rhythm. It's an intriguing musical dichotomy of a lyrical lament set against a very festive soundscape. For that unexpected, bold and ear-pleasing treatment, Sicoly gives full props to her longtime musical director.

“This song was arranged by my brilliant Musical Director, John Ebata,” Sicoly shares. “In a completely different style than the original, he gives it a Latin feel — cradled in a blend of colourful percussion and driving, Cuban-style bass which makes the vocals pop.”

“Blame It On My Youth” is the first single from Lemon Meringue Pie, the 10-song debut album Sicoly and Ebata started working on pre-pandemic. For these two past JUNO nominees, it's been a labour of love and much needed creative focus over the past two uncertain years. Lemon Meringue Pie will see its highly anticipated release on May 10th with a launch concert at Toronto's famed Jazz Bistro. It will be as much a celebration of a great musical partnership as it will be for the music itself.

“I feel that collaborating and working with people has to begin with a mutual respect for each other's talents as well as a genuine chemistry that allows the flow of ideas to make good music,” Sicoly says. “I am blessed to have that dynamic both with my Musical Director and the musicians with whom I work.”

Lemon Meringue Pie may be Sicoly's debut jazz album but that's just the latest accomplishment in a career that has seen some wonderful milestones so far for the Toronto-based singer/songwriter. She has written and recorded five children's albums, including the JUNO nominated Chase a Rainbow. Sicoly, Ebata and Nova Scotian vocalist Mark Riley recently toured a “classic duets” album and, currently, Sicoly, Ebata and Dora Award winning multi-instrumentalist, composer and vocalist Waleed Abdulhamid are working on an equity, diversity and inclusion project called “Songs For Humanity.”

Also an esteemed music educator, Mary Lou Sicoly is a recipient of the CARAS (JUNO) Award for Music Education, a TVOntario Award for Innovation in Music Education and was the 1999 recipient of the Prime Minister's Award for Teaching Excellence. A presenter at several education conferences, Sicoly has also toured the Arctic with “Strings Across the Sky”, leading music camps in Tuktoyaktuk and Iqaluit.

From singing with her dad's dance band in Sault Ste. Marie to jingles and commercial spots, to performing in various solo, ensemble and big band shows everywhere from the CNE to the Hockey Hall of Fame, Mary Lou Sicoly has years of diverse and exciting performances behind her and many more ahead of her too. A tour to support Lemon Meringue Pie is in the works for Ontario and the Maritimes later in 2022/2023.

Now, with “Blame It On My Youth”, Sicoly is offering a first bite of her upcoming album that is bursting with flavour, zing, and a lot of the ingredients found in her own personality.

“No matter what losses or challenges I've experienced, I've continued to be a hopeless romantic, someone who believes that something good is just around the corner.”

“Blame It On My Youth” from the forthcoming Lemon Meringue Pie is available now!